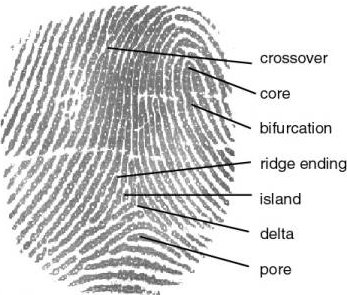 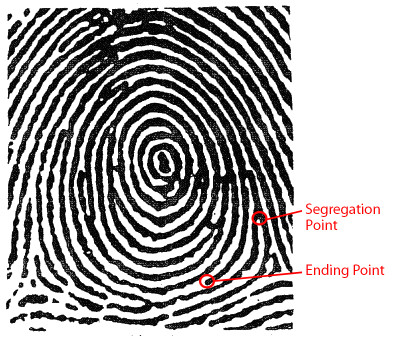 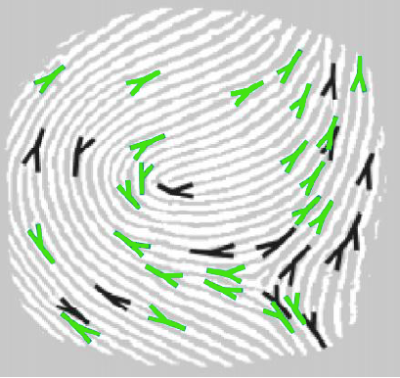 Node points may point towards the same direction.

The speed of the change of the direction of a fingerprint line pattern. 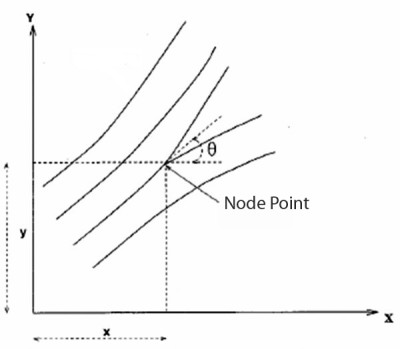 The location of node points may be described by (x, y) coordinates, it may be an absolute rate or relative to the triradial point or feature point.

Obviously, based on different digital algorithm, there are no possibilities of different 3rd parties to obtain user identities reversely.
ZKTeco offers own intelligent property rights based algorithms, in the meantime our templates are privately owned, ZKTeco never releases algorithms and template formats to any 3rd party, the reliability of ZKTeco algorithms is based on our 20-year algorithm development experience and the database with integration of up to 10 million fingerprint images, in every year up to a million time & attendance and access control devices have presented our international standard quality of matching passing rate, matching consistency and algorithm preciseness.